The ghcide developers have noticed that overall performance is quite poor with the default Shake scheduler (see #18221, https://github.com/ndmitchell/shake/pull/751, https://github.com/digital-asset/ghcide/issues/503). My understanding of the default scheduler is needing a target results in a new thread being forkIO'd and then the caller blocking on an MVar (or some other sort of blocking synchronization primitive).

Intriguingly, they have noticed that rather using forkOn instead of forkIO improves the situation markedly. @wz1000 provided two eventlogs of similar workloads under the forkIO and forkOn schemes. Comparing the two, the problem becomes pretty clear:

Here we see a single hover event when running with the forkOn scheme, where all threads are forked on capability 0: 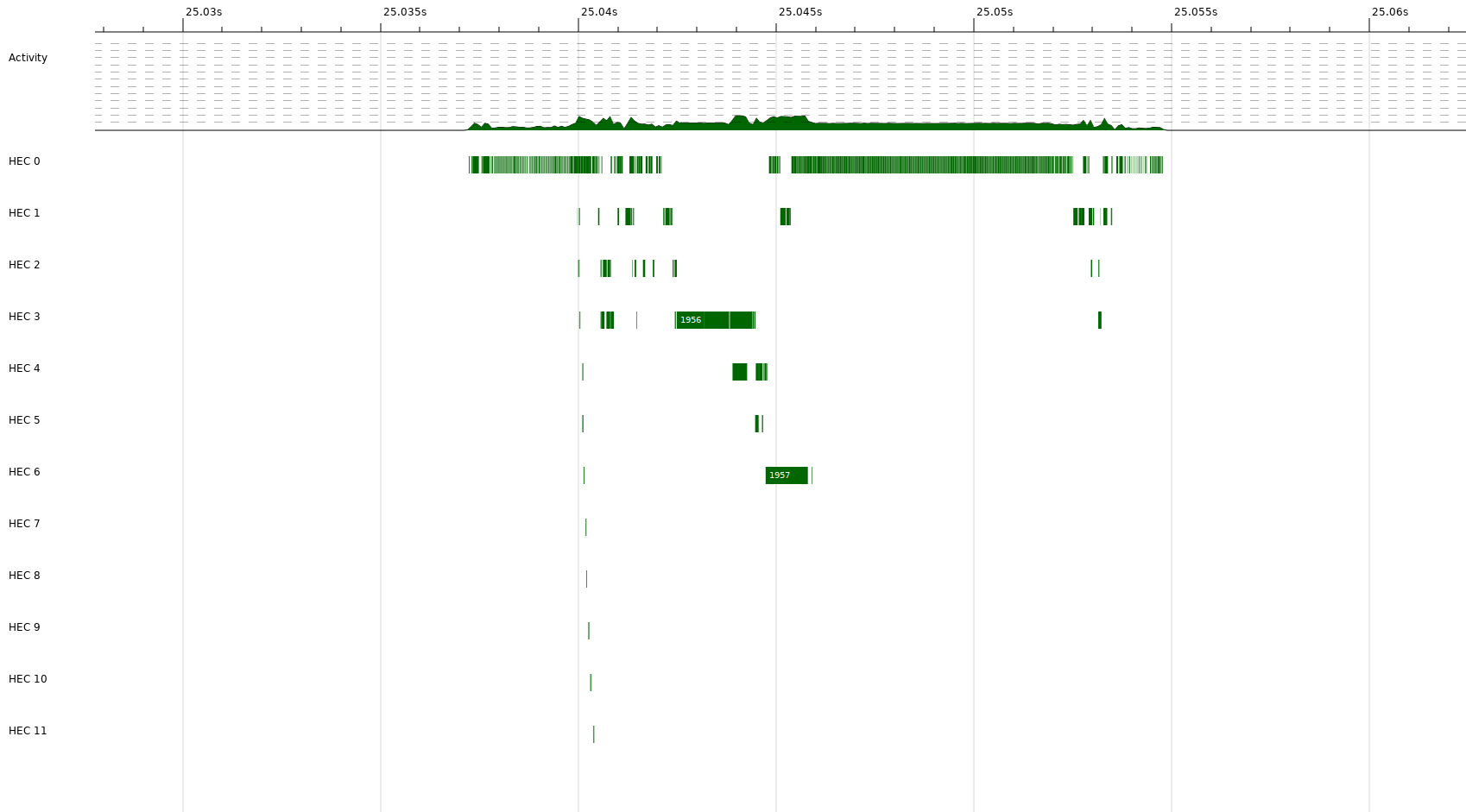 On the whole it's clear that there is little parallelism available here; we only ever have one core working at any given moment.

Here we see a single hover event with the much less efficient forkIO scheme: 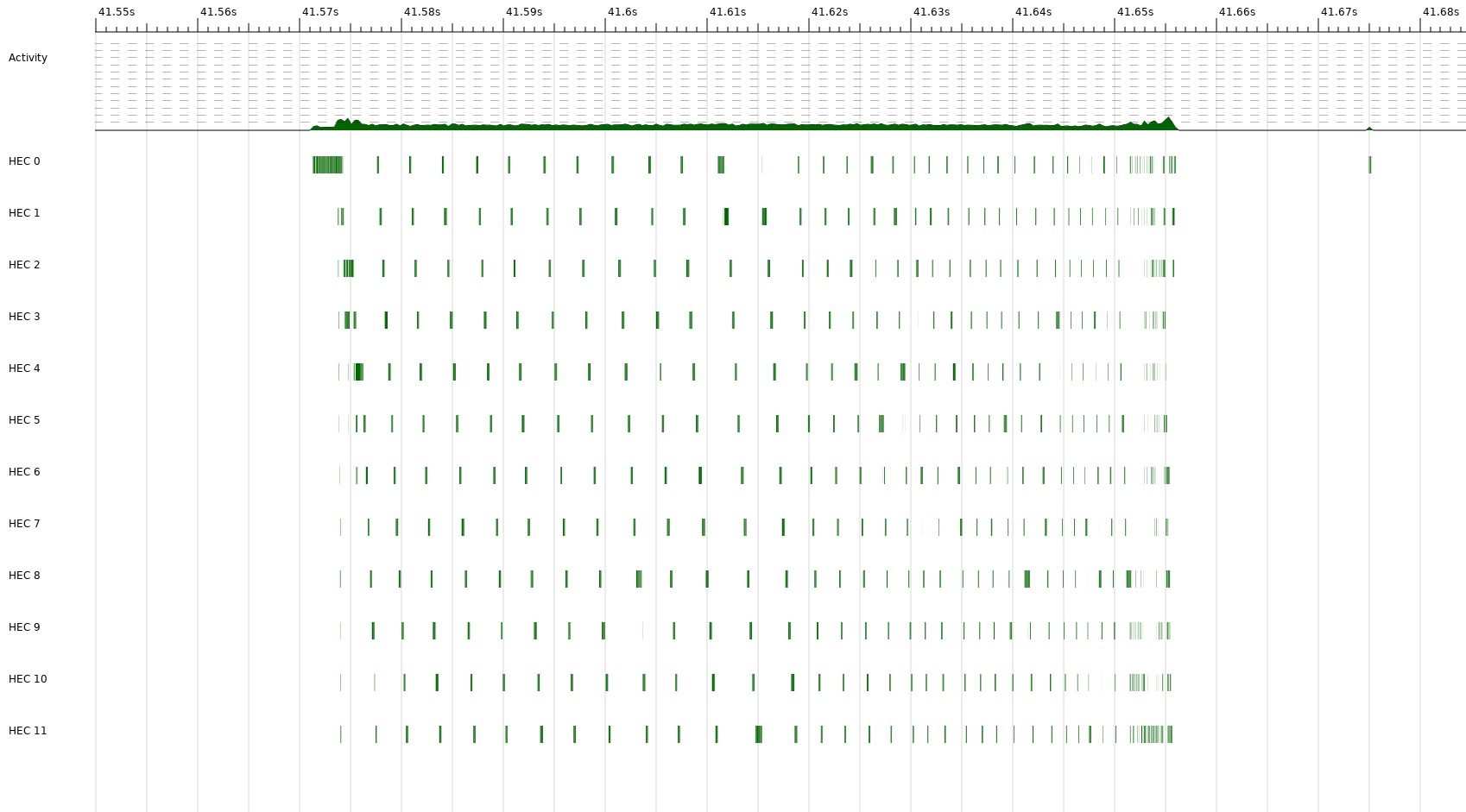 Zooming in further reveals what is happening: 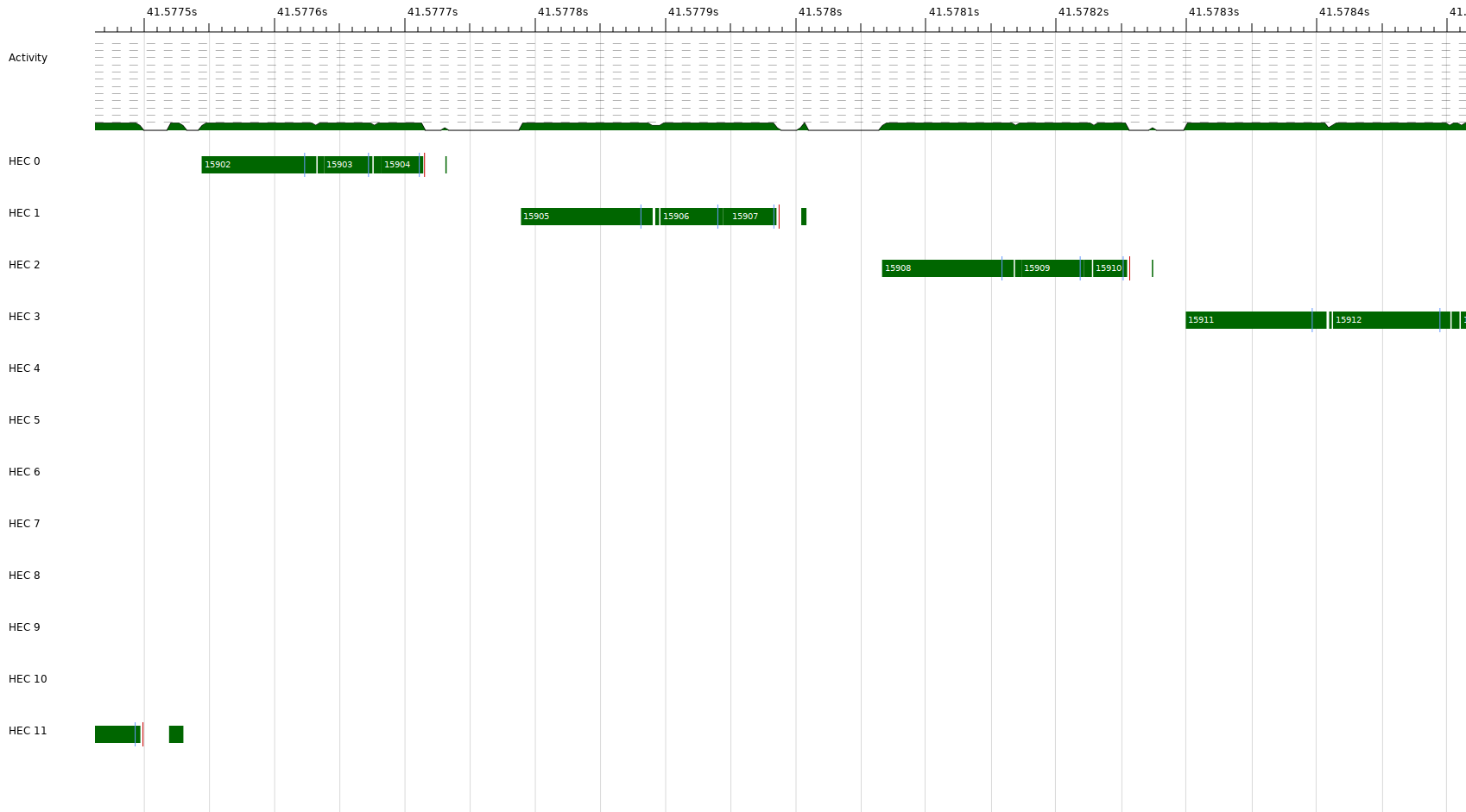 Here the blue lines here denote thread creations; the red lines denote thread migrations. It seems that every time a Shake action needs a rule, we kick off a new Haskell thread, push it to another capability's run queue, and (nearly) immediately park the capability we are running on, resulting a "stair-stepping" effect in the eventlog. Between each pair of "stairs" in this eventlog there is an idle period of anywhere from 10 to 500 microseconds. In text, the events above look like this:

To service this one hover request there are likely over 400 such context switches. Assuming an average of 100us per context switch, this would result in nearly 40ms of lost time. Terrible.