The compiler itself is written entirely in Haskell, and lives in the many sub-directories of the compiler directory.

Here is a block diagram of its top-level structure: 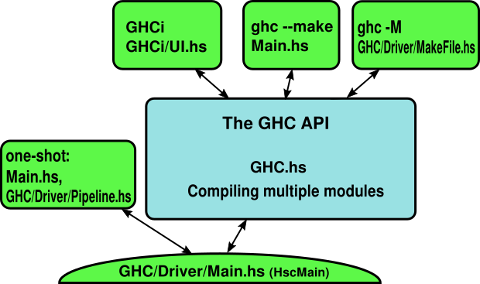 GHC is packaged as a single binary in which all of these front-ends are present, selected by the command-line flags indicated above. There is a single command-line interface implemented in ghc/Main.hs.

In addition, GHC is compiled, without its front ends, as a library which can be imported by any Haskell program; see the GHC API.