Performance regression in bytestring from 8.8 to 8.10

Many of the benchmarks in bytestring's bench-bytestring-builder benchmark suite run much slower with 8.10.1-alpha2 than with 8.8.

Here are the first lines of the benchmark diff (produced with criterion-compare), sorted by significance: 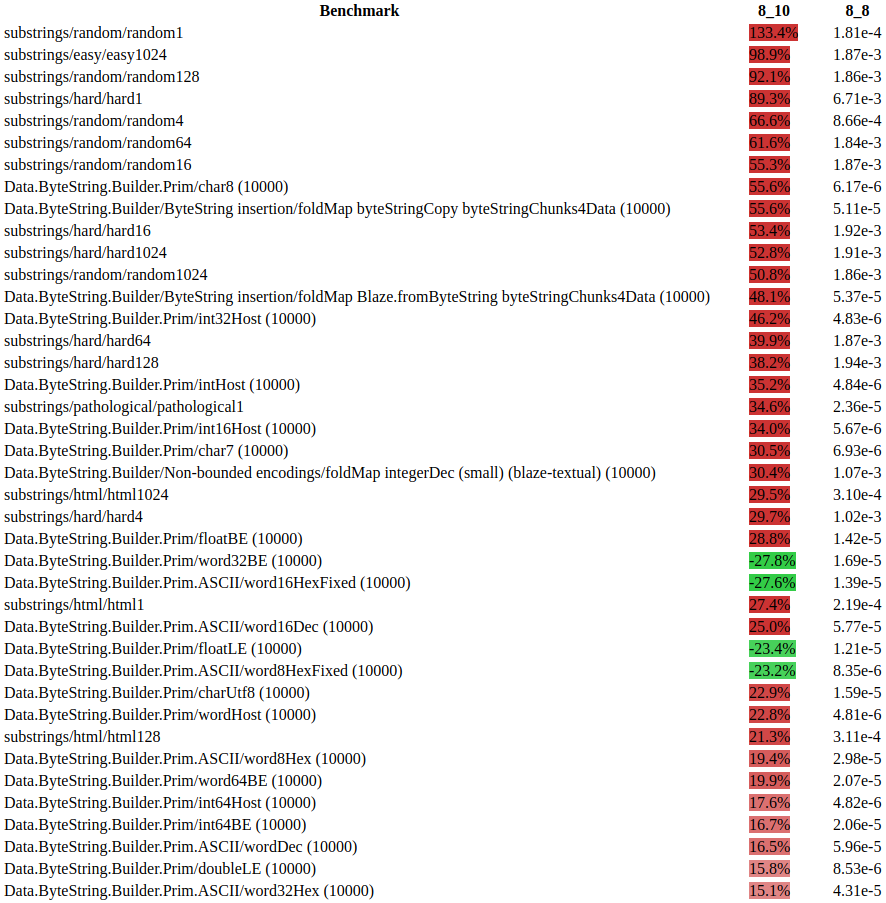 Some of the results may be noisy, but at that magnitude it shouldn't matter much.

I also benchmarked with HEAD (923a1272), and got even worse results, but that might have been because that ghc was built with --flavour=Quick.

Note that the substrings/* benchmarks measure the findSubstrings function, which is deprecated. So the performance of the other benchmarks is actually more important.

The performance of these benchmarks should be no worse with 8.10 than with 8.8.