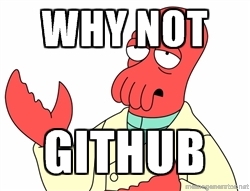 A common suggestion that is brought up from time is to host GHC development at GitHub instead of maintaining our own infrastructure for Git repository hosting, code-review, developer documentation/wiki, and issue tracking. This page serves as reminder for what's holding back a migration to GitHub currently.

Benefits of migrating to GitHub

Drawbacks of migrating to GitHub